I would like to guide you through my feroucious battles, dramatic storylines and enchanting treasues of Root Sunder, Grahtwood. My gallant squire (Musty :P) fighting at my side it was a tale of legend or at least I believe it was as these are my ONLY recollections of the entire dungeon. 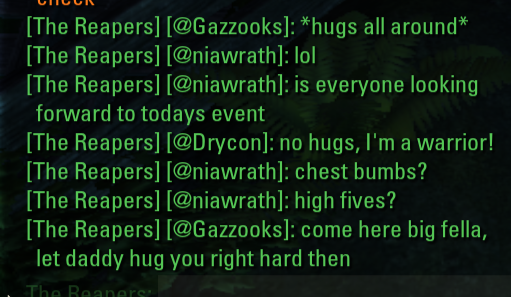 Peace and Love in the Reapers, we make hugs not War.

...We are going to ignore the "Ass Bumbs" suggestion and pretend it never happened.

This was a moment for me so spiritually and emotionally fulfilling. Trying get him to let go of things that are holding him back and embrace his guild members. 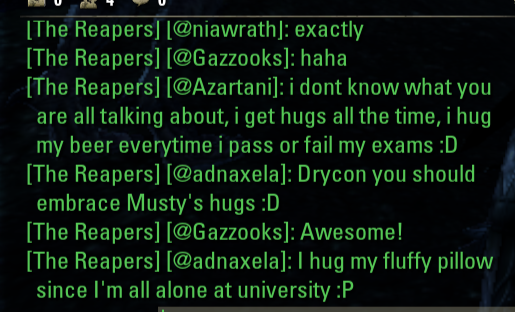 *Official News Bulletin Voice" Its Reapers share time adnaxela has a fluffy pillow sources say she calls it Tim (disclaimer the pillow may not be called Tim) and Azartani cuddles his Beer we think he may be a Nord but wee will no more on the evening news now back to the main story... 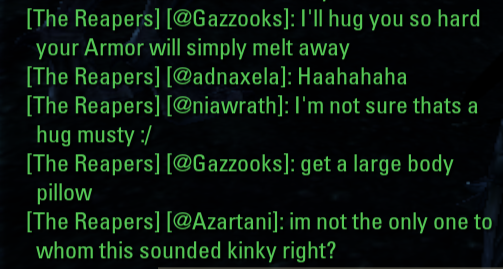 Here the Reapers Collective Mind dives into the gutter and wallows in the double entendres...Join us won't you

Ah! One of us if fighting the dive he is struggling to save the guilds morality ...although I must say he is the one who said the dubious phrase :/ 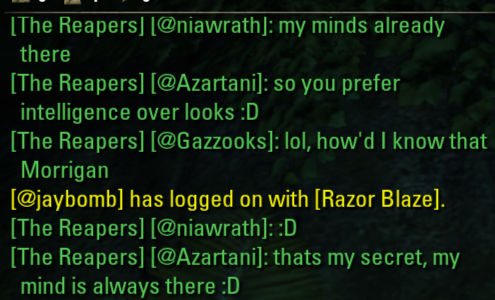 *Innocent Face I have no idea what Musty is talking about here... 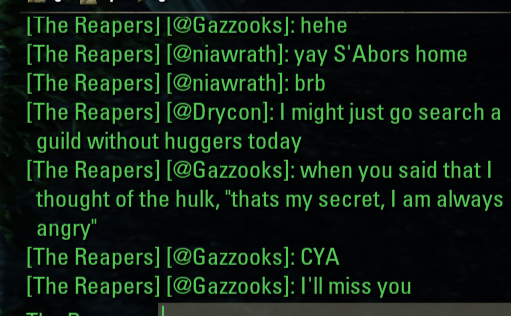 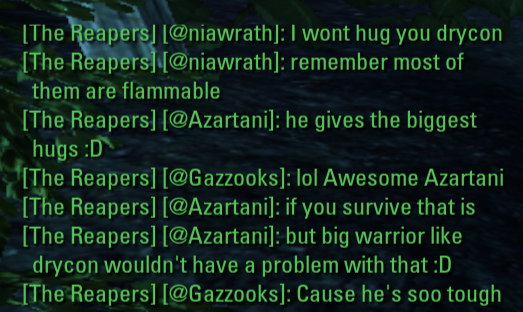 I put my guild leader hat on and tried to assist Drycon here so he may defend himself from unwanted attention, at the time many of our guild members were Vampires /torch usually does the trick... 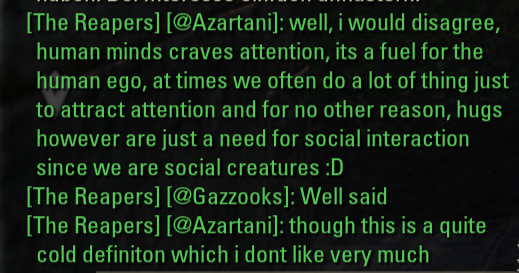 Philosophy its the purest state of mind...and Azartani has raised us out of the gutter to embrace our nobler selves ...well for now anyway